Spring means it’s time for rhubarb. Most often associated with pies, rhubarb is actually not a fruit at all, it’s a vegetable! Rhubarb is beautiful, healthy, and has many culinary applications beyond pie. The earliest recorded cultivation of rhubarb was in ancient China, where it was used for a wide range of medicinal purposes including promoting healthy skin and to prevent infections. It made its appearance in Europe in the 1600’s, and in America in the early 1800’s. 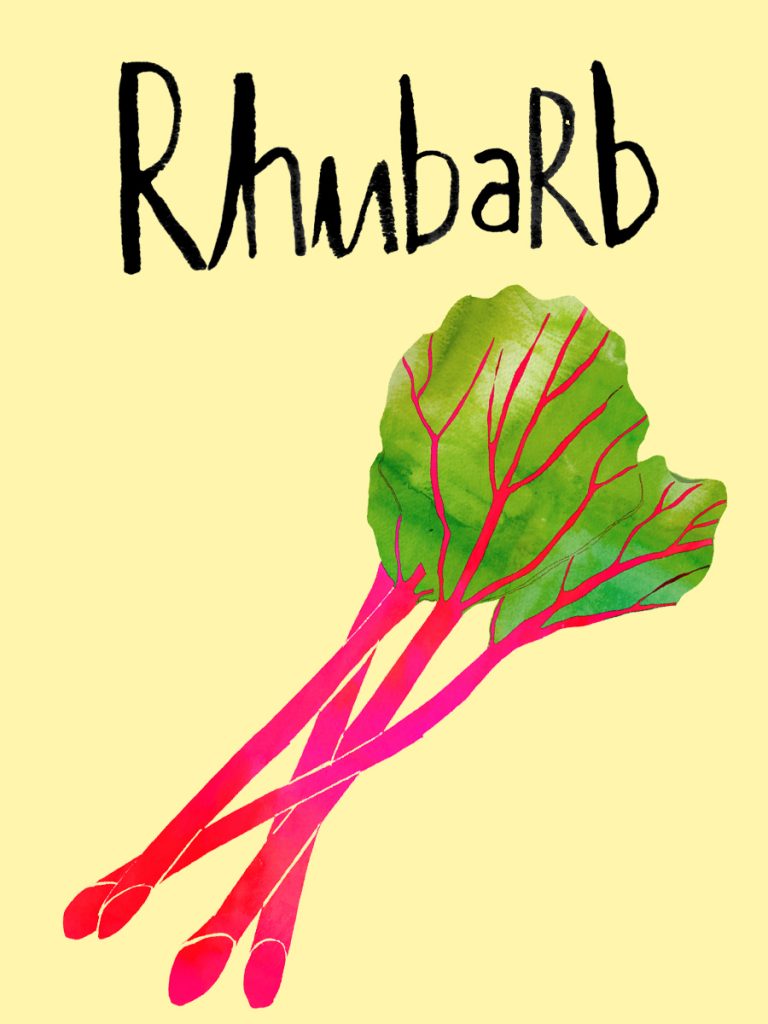 The health benefits of rhubarb are vast. It’s high fiber content is excellent for digestion, helps regularity, relieves abdominal bloating, and it can help prevent some cardiovascular problems, prevent Alzheimer’s, and improve circulation. The high Vitamin K content of rhubarb is very useful in improving bone density and the prevention of osteoporosis, by helping the cycle of resorption, formation, and maintenance, along with Vitamin K’s general ability to help overall bone strength and density. Rhubarb can even help protect the brain from neurological damage, helping to prevent conditions such as Alzheimer’s and ALS. The antioxidants in rhubarb help fight free radicals and inflammation as well. 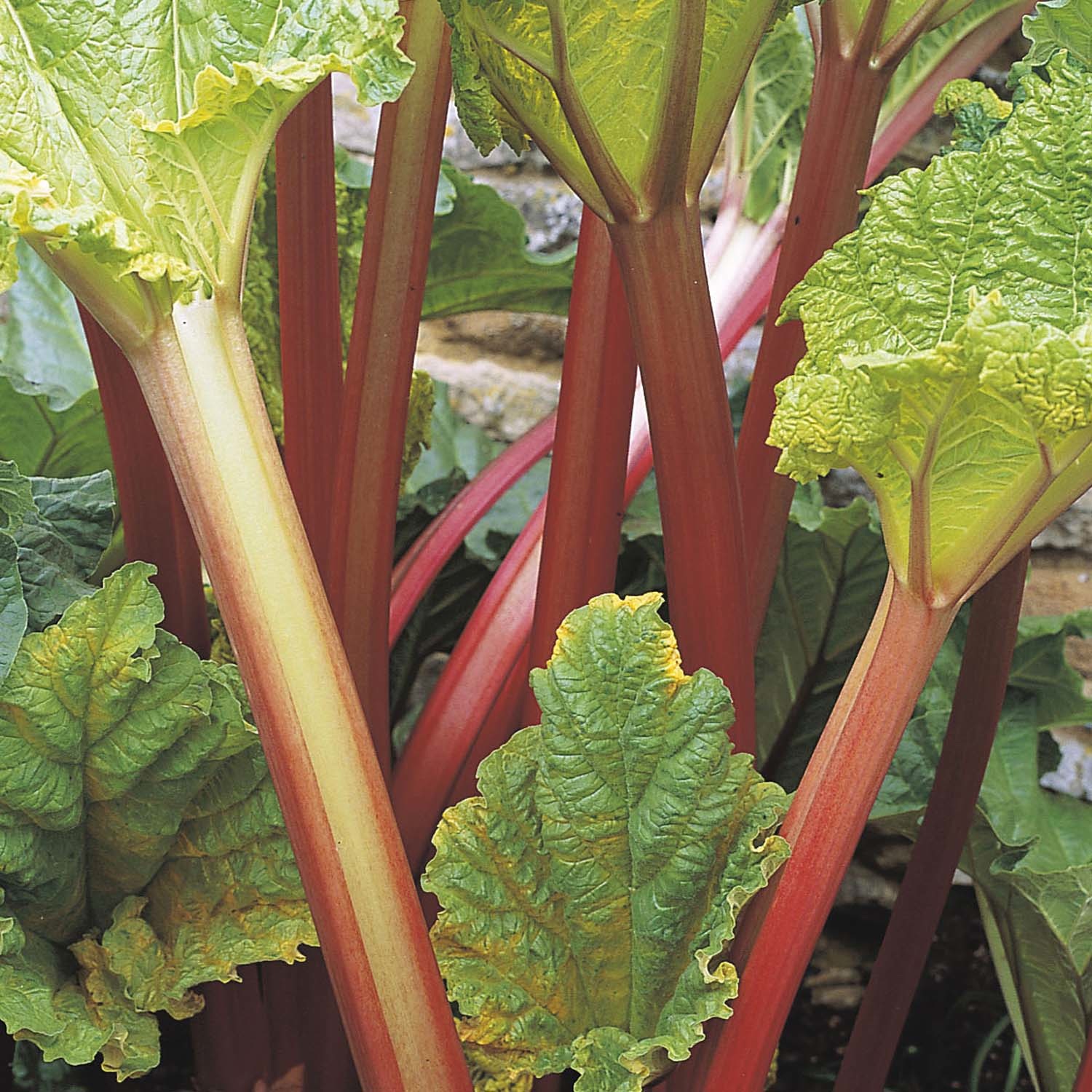 Rhubarb even has some non- culinary uses as well. It is a very effective natural insecticide against leaf eating pests such as aphids. Simply boil a few pounds of rhubarb leaves, allow them to steep in the water for about 20 minutes. Pour the water into a spray bottle with some soap flakes and use on your affected plants! Be sure to store your rhubarb in a warm space, because cold can cause poisonous compounds which can cause illness in the leaves to migrate to the stalks. This can also be prevented by cutting the rhubarb leaves off the stalks prior to storing. 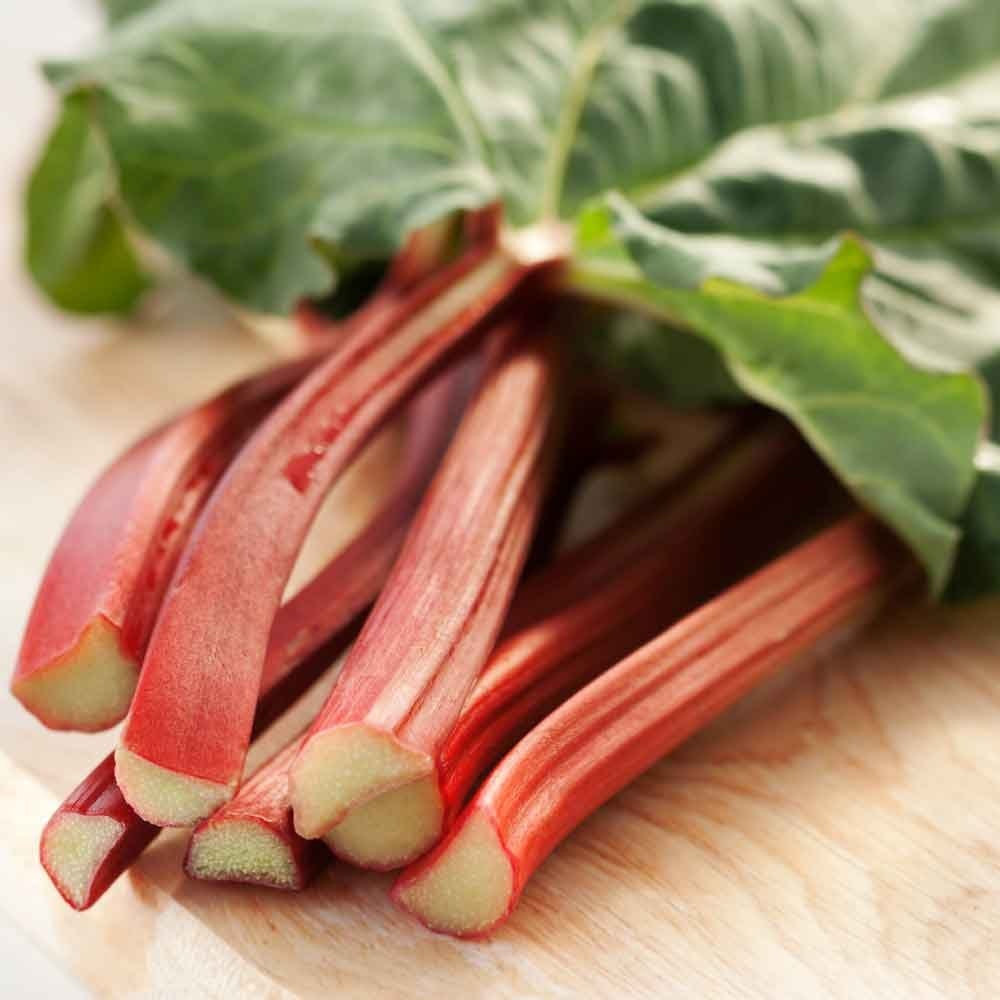 Rhubarb has many culinary uses, including jams, pies, scones, dessert bars, curd and fruit toppings. It can even be made into tea. It freezes well for up to six months, and should chopped and first frozen in a single layer on sheet pans, then bagged and tightly sealed. It can then be measured straight from the freezer. It should be cooked in non reactive pans such as anodized aluminum, Teflon coated, or stainless steel to prevent it from turning brown as it cooks. Its tartness usually means it is paired with a sweeter fruit such as strawberries, and at times it will be seen in a pairing with raspberries in jams or pies. If you are planning on making nay pies or jams, come on in to the Coop and pick up some of our fresh, organic, locally grown rhubarb!